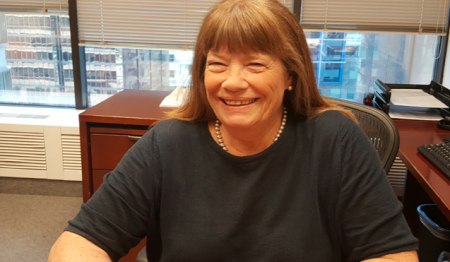 Don Carmody Television and Don Carmody Productions Hires Jane Beaubien and Ups Reneé Janes-Reid Coming from National Bank of Canada, Beaubien (picture above) will manage the company’s financial operations. Don Carmody Television & Don Carmody Productions has announced an expansion of its team, appointing Jane Beaubien to the newly created position of Senior Director, Finance. Beaubien, former accounts manager at National Bank of Canada, will oversee the Don Carmody group of companies financial operations. Reporting to John Barrack, DCTV partner and Strategic Counsel, Beaubien will provide creative management into the financing of projects at a time of rapid change in the way deals are structured in the entertainment sector. Beaubien is a successful manager, administrator and producer, with over thirty years of experience in the film and television industry (1979-2009) previous to her role at the National Bank of Canada. Beaubien has demonstrated her effectiveness in a wide range of roles, including Account Manager, Manager Financing Solutions, Managing Director, Director Business and Legal Affairs, Executive Producer, Producer and President of her own independent production company. She is known for generating innovative business solutions, maintaining a large slate of projects and multi-tasking in a rapidly changing environment, while working independently with various stakeholders. In addition, Don Carmody Television announced the internal promotion of staffer Renée Janes-Reid (picture below) following her completion of the Osgoode Certificate in Entertainment Law (York University). Janes-Reid, who also holds an MBA, has been upped from her previous role as Development Coordinator to her new position as Director, Business Affairs. Prior to her work with DCTV, Janes-Reid was the Director, Programs Services and Operations for the Management Program at the University of Toronto Scarborough. In her new role, Janes-Reid will handle the television division’s business affairs, as well as administrative and partnership reporting.

ABOUT DON CARMODY TELEVISION (DCTV) DCTV, a partnership between entrepreneurs Don Carmody, David Cormican and John Barrack established in 2013, is a division of Don Carmody Productions (DCP), one of North America’s most successful producers of premium content since 1980. By enlisting top talent and participating in partnerships across the USA and worldwide, DCP has produced 100+ projects for cinema and television, including Best Picture Academy Award-winner® Chicago. Recent productions include Pompeii, Goon, Resident Evil: Retribution and The Mortal Instruments: City of Bones. DCP’s productions have garnered over 100 national and international awards, including wins at the Golden Globes, Academy Awards and Emmys. Current DCTV productions include Between, an original series for Netflix and City, and ShadowHunters for Freeform and Netflix, along with the recent Emmy nominated mini-series The Secret Life of Marilyn Monroe for Lifetime and the upcoming mini-series Tokyo Trial for two yet-to-be announced international broadcasters.