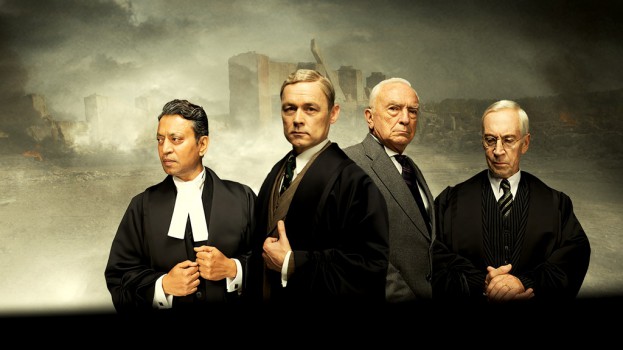 Two days after it was nominated in the TV movie/miniseries category, eOne has announced it has acquired worldwide rights (excluding Canada, Japan and Benelux) to the four-part miniseries. eOne picked up all rights, excluding theatrical, in a deal that was finalized prior to Tokyo Trial‘s Emmy nomination.

Produced by Don Carmody Television (DCTV), Japanese public broadcaster NHK and Amsterdam, Netherlands-based FATT Productions, the four-part miniseries explores the story of 28 Pacific War criminals put on trial in Tokyo in the wake of WWII. The series was penned by Kees Van Beijnum, Rob W. King, Max Mannix and Toru Takagi, with co-direction from Pieter Verhoeff (The Moving True Story of a Woman Ahead of Her Time) and Rob W. King (Something More).

Filmed in Japan and Lithuania in 2015, the series later went on to debut on NHK (in Japan) and Netflix (worldwide) in December 2016. While the project streams on Netflix in 190 countries, eOne has acquired the rights to distribute Tokyo Trial to all platforms worldwide, minus theatrical.

The news comes as cameras are rolling in Toronto on Don Carmody’s latest feature project Lucky Day, written and directed by Roger Avary. The feature sees Carmody teaming once again with producer Samuel Hadida, with whom Carmody previously produced the Resident Evil and Silent Hill films.